Home » News » Posts » Latest News » What is the Difference Between Shot Blasting and Sandblasting?

What is the Difference Between Shot Blasting and Sandblasting?

If you have recently been enquiring about the removal of some graffiti, for example, or the general cleaning of a surface, you may have read about both shot blasting and sandblasting. This may have brought questions to the surface as to what the differences are, and which service you should opt for.

Here at Shirley Industrial Painters and Decorators Limited, we are expert shot blasters based throughout the Midlands, so we will use our expertise to help you gain a better understanding in our latest blog post below.

To begin with, it can be useful to understand that both these processes – shot blasting and sandblasting – are variations of a procedure known as ‘abrasive blasting’. In essence, this is just the process of propelling an abrasive material (blast media) at a surface to make changes to its properties – whether that is for cleaning, preparing for a specialist protective coating, or something else.

The main difference is the material used. As the name suggests, sandblasting propels sand at the targeted surface. Whereas, on the other hand, shot blasting has variations in and of itself. Firstly, shot blasting can use compressed air to propel the media at the object, similarly to sandblasting, however, it can also be ‘wheel blasted’ in a process that doesn’t require air but instead fires the blast media using the centrifugal force of a rotating ‘wheel’.

Secondly, there are a variety of options for shots used in shot blasting, which can be adapted to each specific project for the best results. A few examples of these are steel shots, steel grit, and cut wire – many of them are metals. In some cases, agricultural waste such as shredded nut shells can be used for graffiti removal.

Finally, the blast media from shot blasting is much easier to recycle than the sand of sandblasting, which cannot be recycled at all as it dissolves as part of the process.

In terms of which is better, the general consensus is that shot blasting is a more effective process with better variation and therefore flexibility. This is also important to remember as sandblasting has been banned in many countries – including the United Kingdom – over health concerns as the sand dissolving into dust has been connected to respiratory issues.

If you would like to hear more about the shot blasting services we provide, please visit our shot blasting page. Alternatively, you can reach out to us by calling 03333 660 408 or filling out our simple contact form. 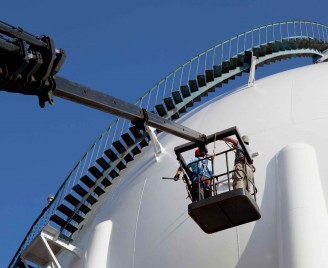 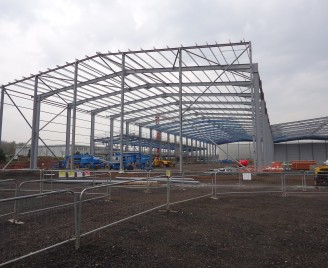